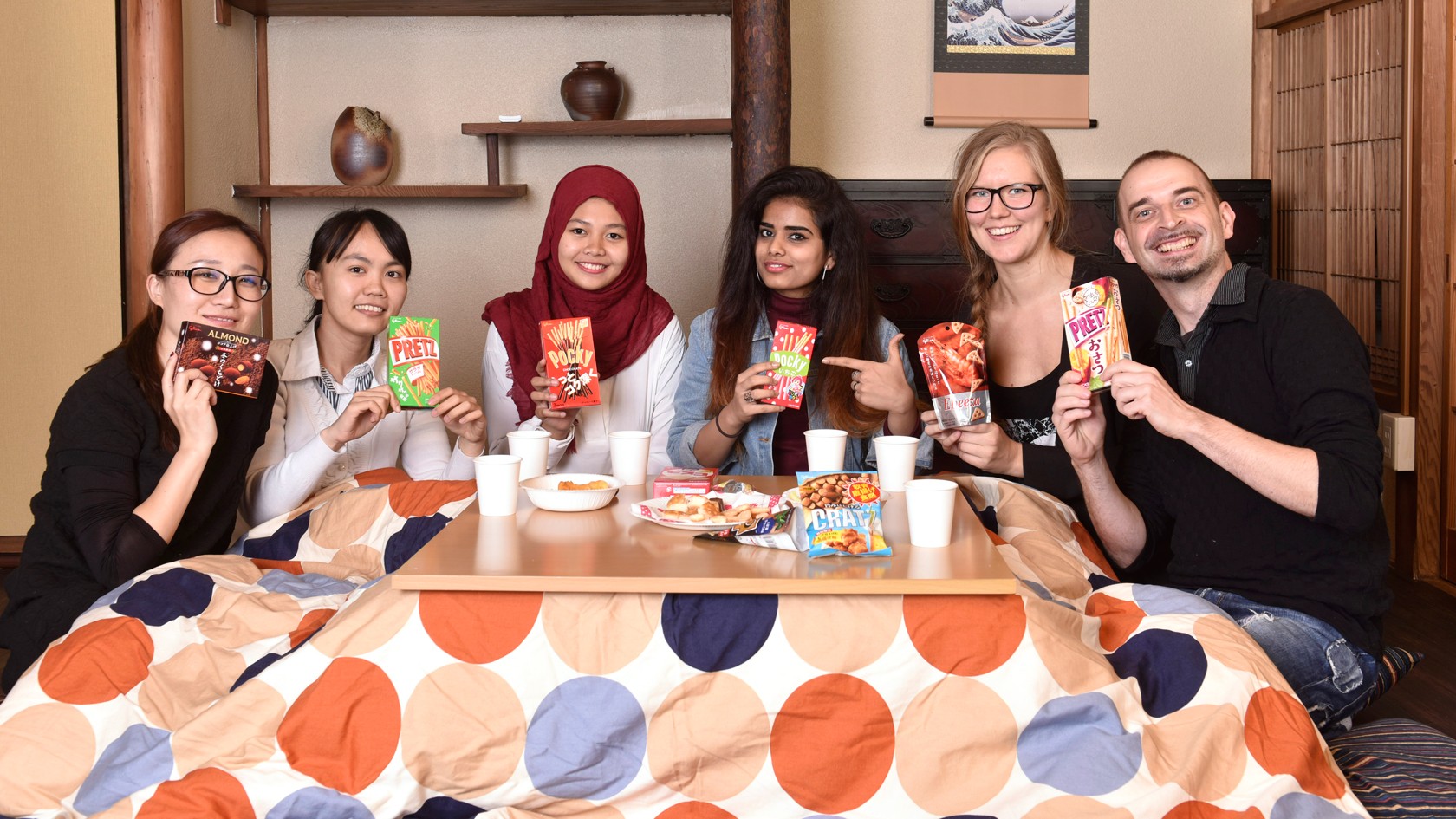 Around the world, there are countries with different seasons, with some countries being hot all year, and some having long, cold winters. Japan has four very distinct seasons, and places a great deal of importance on the unique foods and events of each season. There are also many sweets that incorporate these seasonal flavors in special "seasonal limited edition" versions.

We gathered together a group of six foreign people aged 18 to 40 who had lived in Japan from one month to 13 years. 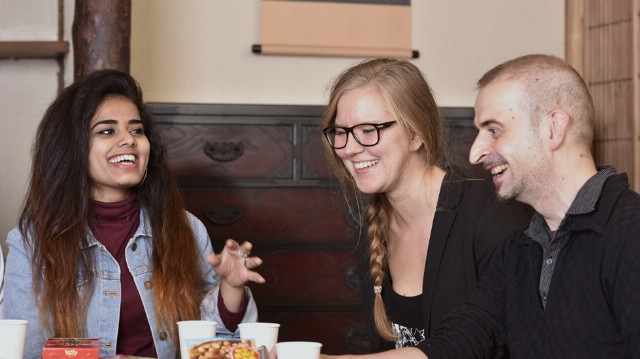 First of all, we asked if they knew that there were seasonal limited edition sweets in Japan.

But Sha Ii from China commented "Once it becomes November (the time that this interview was done), all you see are sweet potato flavored sweets. All sweets, including chocolate and snacks, became sweet potato flavored." It looks as though shelves lined with seasonal products are quite a strange sight for the members of the group.

While the packaging does look similar, in Japan sweets that suit the season are sold, and enjoying foods that you can only have during a certain time of year is one of the fun things about sweets in Japan. 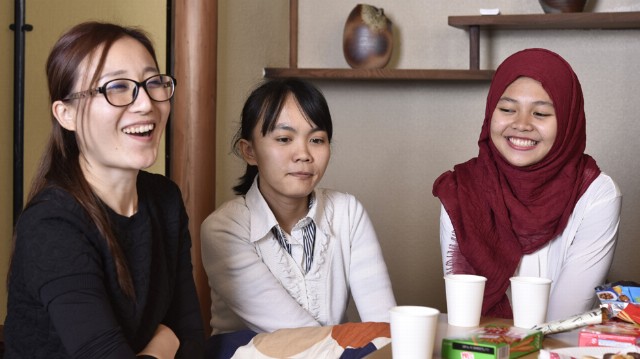 On top of this, events like Halloween and Christmas overlapping with the seasonal limited edition products, made it even more difficult for them to understand what flavor a sweet was.
The packaging was also a source of trouble for the members of the group, with Ronya (Sweden) saying "During Halloween, all the sweets looked the same with their pumpkin-colored packaging.”
"I bought this because I thought the character was a fish, but when I tried it, the flavor was totally different," said Ronya (Sweden). Sha Ii of China commented "From the packaging, I thought that this snack would be salty, but when I ate it, it turned out to be sweet."

It looks as though packaging with illustrations of fruits make it easier to understand the flavor of the sweets.

Just when you find a sweet you like, it disappears?

Another problem with “seasonal limited editions” is that they are only available for a limited time, so even if you find a sweet you like, there will come a time when you won’t be able to buy it any more. Some of the group members talked about the troubles they have had searching for “seasonal limited edition” sweets, with Yann (France) commenting that he always ends up going from convenience store to convenience store searching for them, and Sha Ii (China) saying that she would ask her friends to go searching for them as well for her.

Part of the appeal of these “seasonal limited edition” sweets is that they are a once-in-a-lifetime pleasure, but if you do find a sweet you like, buying them on the spot in bulk is not a bad idea! 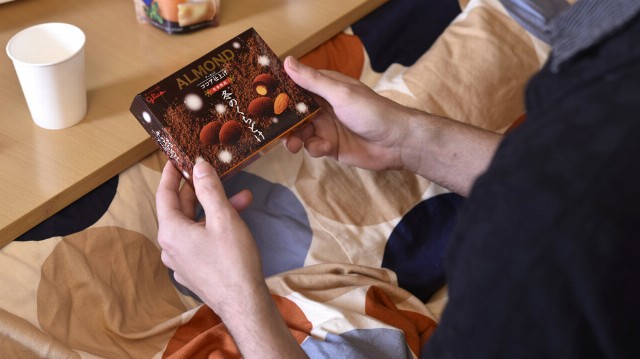 Part of the appeal of these “seasonal limited edition” sweets is that they are a once-in-a-lifetime pleasure, but if you do find a sweet you like, buying them on the spot in bulk is not a bad idea!

With flavors that change with the seasons, Japanese sweets are full of variety. But out of all of these, Japan’s chocolate is the most highly praised. The members of the group showed their love for chocolate as well, with Sha Ii (China) commenting that she had never enjoyed the melt-in-your-mouth texture of nama chocolate (ganache) before coming to Japan, Karishima (India) explaining about how he loves the combinations of chocolate and other flavors that you can find, such as cheese cake, and Ran (Vietnam) comparing the bitter chocolate of his home country with Japan’s sweet chocolate.

When asked what their favorite flavor was, all of the members of the group answered “Matcha!” or green tea. Enji (Indonesia) particularly loves matcha, commenting that even though she doesn’t really have an adventurous personality that wants to try new things, she always ends up buy matcha. They also mentioned that matcha chocolate also makes a great souvenir of Japan. 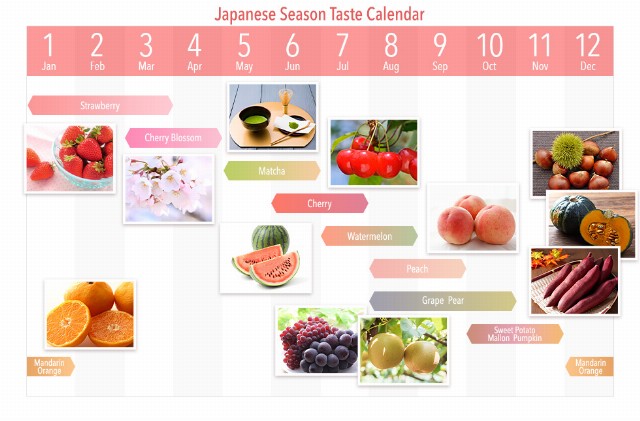 Enjoy the seasonal tastes of Japan

The fruits and ingredients used in Japanese sweets change with seasons of the year. Here is a list of some examples of the more popular “seasonal limited edition” sweets, so why not try some of them next time you are out buying sweets?

January to March - Strawberry
March to April - Cherry Blossom
May to June - Matcha (green tea)
June to July - Cherry
July to August - Watermelon
August to September - Peach
August to October - Grapes, Pears
October to November - Sweet Potato, Chestnuts, Pumpkin
December to January - Oranges
(Depending on the weather and type, the time the ingredients are in season may change)

To our foreign readers, if you are ever visiting Japan, please be sure to go to a convenience store or a supermarket and try some Japanese sweets. There are seasonal limited edition versions available throughout the year, so as well as enjoying the regular flavors, why not look for some of them as well?