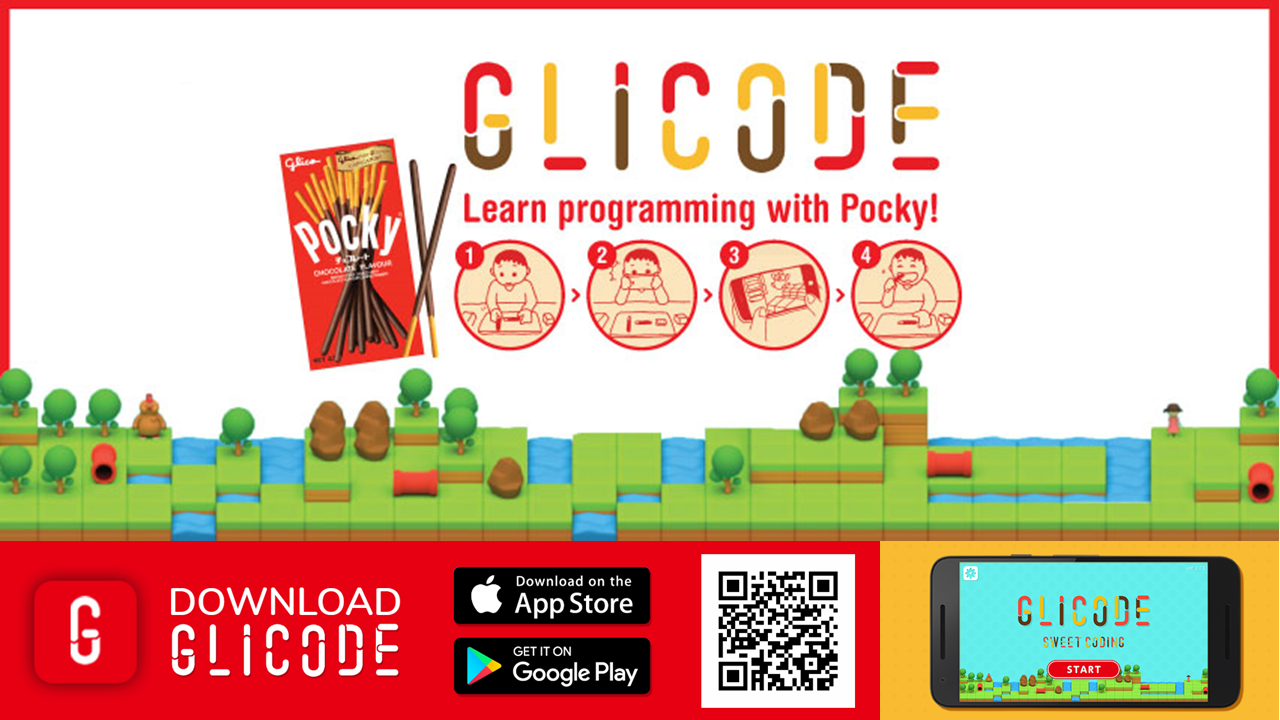 Learning to code with Pocky: "GLICODE" the future of coding education

* For the first time ever, Glico brings the world of GLICODE™ outside of Japan to Singapore, introducing the fun and educational mobile app that allows kids as young as five years old to learn the basics of programming.
* Glico collaborates with Google Makerspace Singapore to co-host programming classes in the month of July for young parents and their children, using the GLICODE™ app.

Glico is pleased to bring the world of GLICODE™ from Japan to Singapore, introducing the fun-educational programming app that allows kids as young as five to learn the basics of programming using the brand’s popular confectionary, Pocky.

Created in partnership with Google, GLICODE™ is the first-ever educational app that uses advanced image recognition to turn one of the world's most popular snacks into code to teach kids the fundamentals of programming. Every pack of Pocky turns into bite-sized programming lessons where kids can lay out and arrange their snacks, capture the sequence and watch it turn into code that moves a character through increasingly complex challenges.

Since its initial launch in Japan 2016, GLICODE™ has generated attention in and outside of Japan, earning praise from CS organisations like Hour of Code for fostering programming education in an innovative and engaging way. The Ministry of Internal Affairs and Communications in Japan has also officially adopted GLICODE™ to be part of the ‘Popularisation of Programming’ initiative to integrate computer science education into elementary school curriculums. 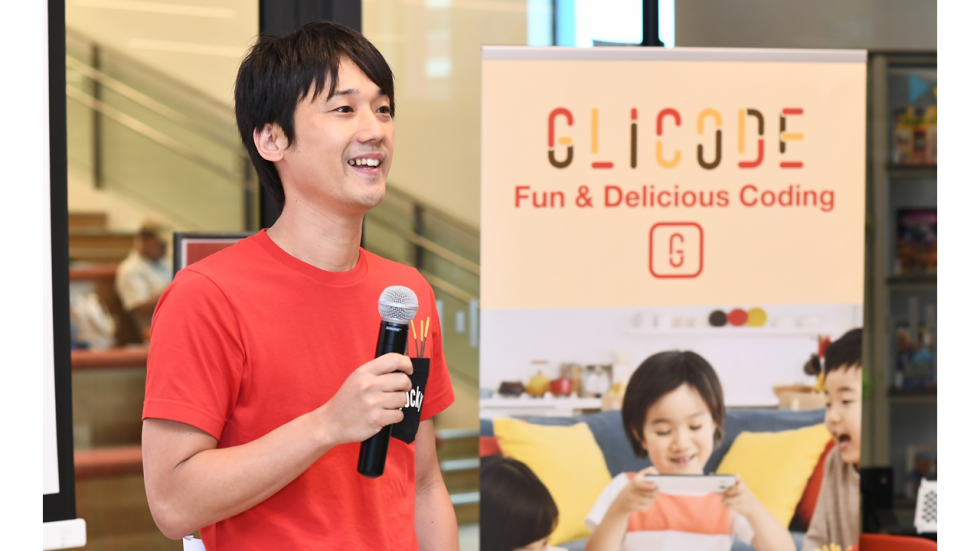 At Glico, we always believe that eating and playing are the two most important parts of a child’s healthy growth and development. As culture and technology changes, we have the opportunity to redefine what fun is and how to better contribute to a much larger community of children, not only in Japan but around the world.

We have decided to bring the world of GLICODE™ first to Singapore as we are aligned with the country’s progress towards building a Smart Nation and move to increase students' exposure to coding and computational thinking. GLICODE™ makes it possible to learn programming in an easy, enjoyable way, and we hope to contribute to the healthy growth and development of our young ones by teaching them one of the most important languages in the world today.

GLICODE™ Coding Classes as Part of Make In The Community Programme

To bring the world of GLICODE™ to more people in Singapore, Glico has collaborated with Google Makerspace Singapore, with the support of the Info-communications Media Development Authority (IMDA) and the National Library Board (NLB), to co-host programming classes for young parents and their children, using the GLICODE™ app.

Held on 21 July, 28 July and 4 August 2018 (Saturdays) at Google Makerspace Singapore, the two-hour classes focused on teaching the basic programming principles through GLICODE™. The classes were further enhanced with maker activities curated around the app, such as 3D doodling and making micro:bit music light box, creating a hands-on and engaging way to learn the basics of programming and algorithmic thinking, as well as making GLICODE™ a real programming language with endless possibilities. 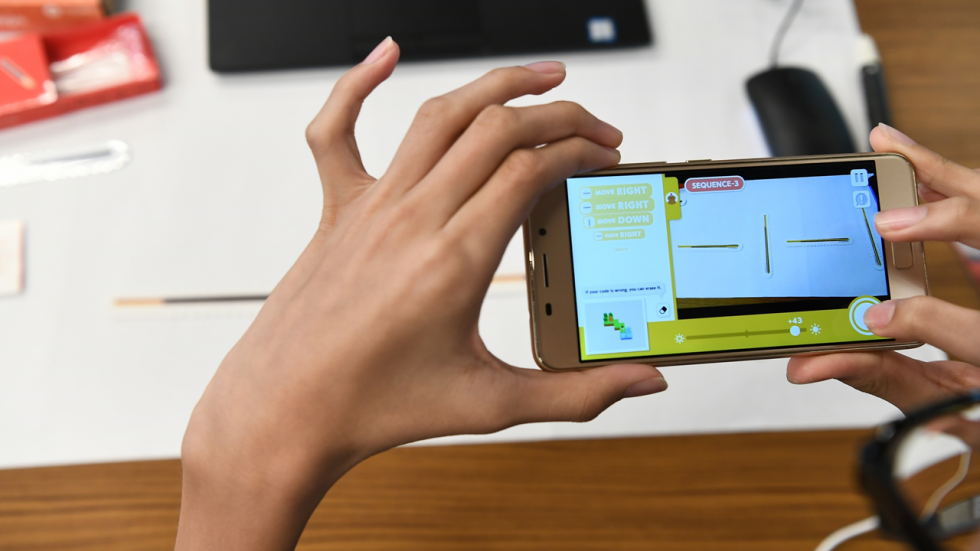 Details of the GLICODE™ Coding Classes are as follows:

For media and press